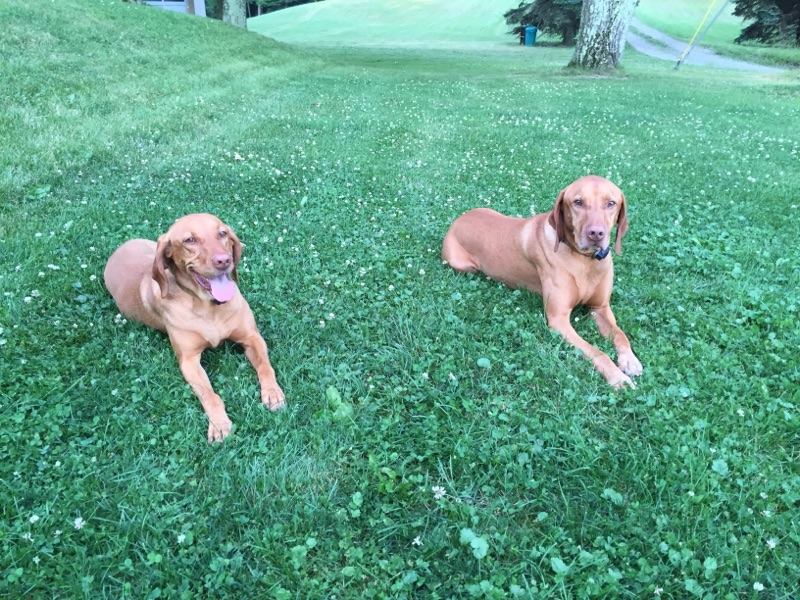 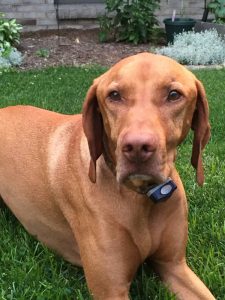 Penny and Pierce- Penny and Pierce are 7 year old littermates in Western PA who have never been apart, so we are first trying to keep them together before considering placing separately. We are also willing to do a foster to adopt to an approved home if you would like to try the two of them together. Both dogs are neutered/spayed, in great health, and up to date on medical care and inoculations.  Penny and Pierce were the first children in the home, but 3 year ago their human brother was born. They were never comfortable around the baby and it did not get better as he got older and started moving around. Both dogs just try to escape and avoid the toddler.  In an unfortunate accident Pierce bit the child. The toddler was unsupervised and reports that Pierce was laying on his sofa. The child tried to push or pull Pierce off the sofa and Pierce bit him. The owners have decided that it is safest to rehome both dogs, as neither are good with their son. So, Pierce and Penny need a new home with NO children. They also are their own pack and not very good with other dogs, so ideally they will be an instant family for an experienced Vizsla (or similar breed) owner. Pierce is probably better with other dogs than Penny, but he is quick to be protective of his sister and is worse with other dogs when she is near. They are energetic and like to be with their owners. They also enjoy adults and teenagers. They like to play with each other and with humans, but they can play wild with each other outside and need intervention to

calm them at times.  They are crate trained, but will be suitable for people who work full time if given the run of the house. They presently have an electric fence, but Penny has figured out how to break it and will do so to chase birds or other animals. A solid fence would probably be better, but an E fence will be considered. They have not been raised with cats, but do like to hunt furry creatures, so NO cats. We will consider breaking them up if a home cannot be found to keep them together, but this is not our first choice.  Contact Debra at 267-307-1708 to discuss Penny and Pierce or email us at contactus@newhopevizslarescue.org I am happy to discuss Penny and Pierce. Their owners are very cooperative and honest and are willing to talk to potential families and have them meet the dogs.

To see pictures check out their album on Facebook: https://www.facebook.com/www.newhopevizslarescue.org/photos/?tab=album&album_id=1170775516321183